At 15:07 on April 7, 2015, Four Mile Fire District was dispatched to a report of a small grass fire in the 9800 block of Teller County Road 11 in Florissant, Colorado. A column of smoke was observed by responding units. First on scene was a person with Teller County O.E.M., reporting a 30 acre grass fire off of Teller County Road 11. A call was made to fire dispatch to initiate reverse 911 calls to residents of Western Hills Subdivision for mandatory evacuation. Later pre-evacuation notice was started via reverse 911 calls to Highland Meadows and High Chateau Subdivisions. The fire was wind driven, with a fast spread rate and was threatening homes. First arriving, Four Mile Brush Truck 1, initiated fire attack on the grass fire. A total of twelve homes were under mandatory evacuation. An evacuation center was established and opened at Cripple Creek High School, 410 N. B Street, in which Pikes Peak Red Cross Personnel responded. The fire was in short grasses and moved into Pinyon Juniper shrubs and Ponderosa Pines. At one time flames came within 20 feet of a home. Firefighters worked aggressively to protect homes during the fire. No homes or out buildings were lost because of the fire. Twenty agencies from around the region responded to this incident. Relative Humidity was 6% and winds were 15-25 MPH and gusted to 35 MPH from the south and southeast. At 20:25 hours this wildland fire was 100% contained with hand lines and wet lines around the perimeter. The original location of the Staging and Incident Command Post located on a long driveway off of Teller County Road 11. This location was overrun due to a sudden change in wind direction. The ICP and staging area was moved to a parking area near the intersection of Teller County Road 1 and 11. Firefighters were able to pinch off the fire before it made its way into a canyon near Highland Meadows. An overgrazed pasture helped the ability of firefighters to bring the fire under control. This pasture area was used as a fire break to pinch off the fire. Teller County Sheriff’s Office Deputies assisted with evacuations and scene security. Colorado State Patrol Troopers closed off roads in the area during the incident. The Colorado Division of Fire Prevention and Control provided situational awareness for this Teller County grass fire incident. All traffic movement was restored at 19:30 and all evacuation orders were lifted.
With interior fuels still burning, the perimeter was monitored during the night and fire crews worked to extinguish interior hot spots in the heavy timber and surrounding areas. At 7:00 A.M. the following day, more firefighters met up to continue doing mop up operations with four type 6 trucks. Fire crews worked to strengthen the perimeter of the fire line. Some smokes were still visible. This next day was also under a red flag warning with RH at 14 % and wind gusts up to 45 MPH. Control of the fire was called in the afternoon on April 9, 2015. No injuries were reported during incident and no animals were hurt. A total number of 53 firefighters worked on this fire. 58 acres were burned. The cause of the fire is currently under investigation. Fire was declared out at 14:00 hours on April 12, 2015. 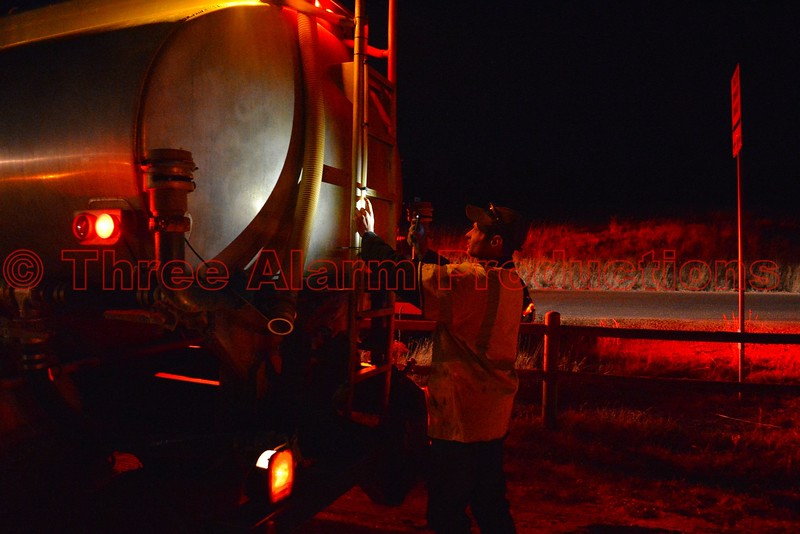